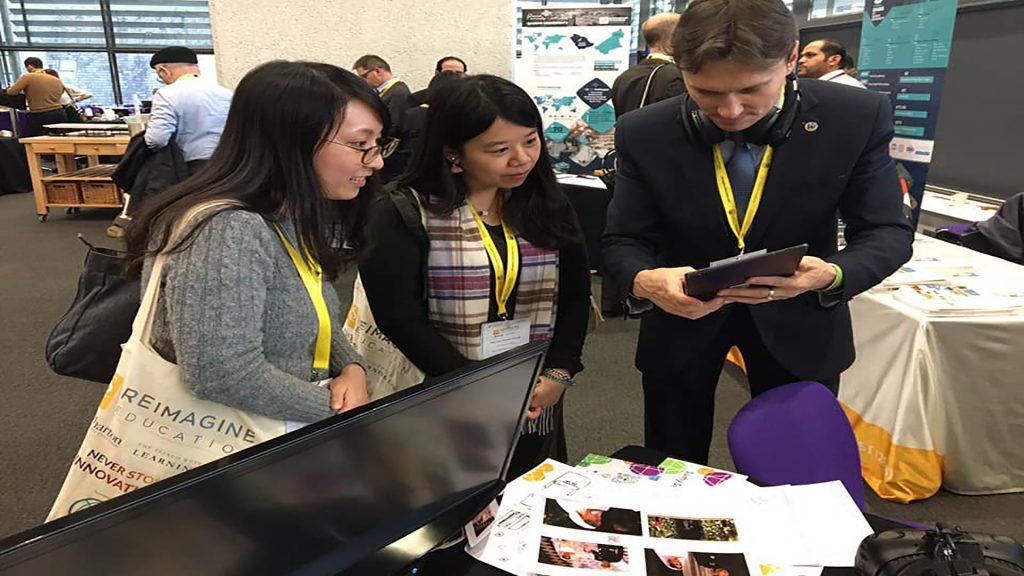 Sumy State University got to the finals of the “Reimagine Education Awards” project for educational technologies and represented Ukraine at an exhibition conference in London. The event, also known as the “Educational Oscar”, took place on December 9-10 at the Queen Elizabeth II Conference Center. For the sixth consecutive year, this project have been orginized by QS and Wharton School of the University of Pennsylvania.

Sumy State University became the only participant from Ukraine and presented its online-learning ecosystem. The competition jury included the SSU project in the list of 15% of finalists among more than 1,500 projects from technology companies, universities and other educational service providers from more than 84 countries.

Sumy State University Exhibition booth was visited by more than 650 participants of the conference. SSU demonstrated the experience of using virtual and augmented reality technologies in its online-learning ecosystem. Everyone in London was able to get into the virtual space together with a specialist located in Sumy, and together solve the engineering problem of adjusting the modes of operation of the natural gas preparation plant and eliminating the emergency situation in its operation. In addition, SSU representatives demonstrated how to use AR / VR in other fields of work and study. 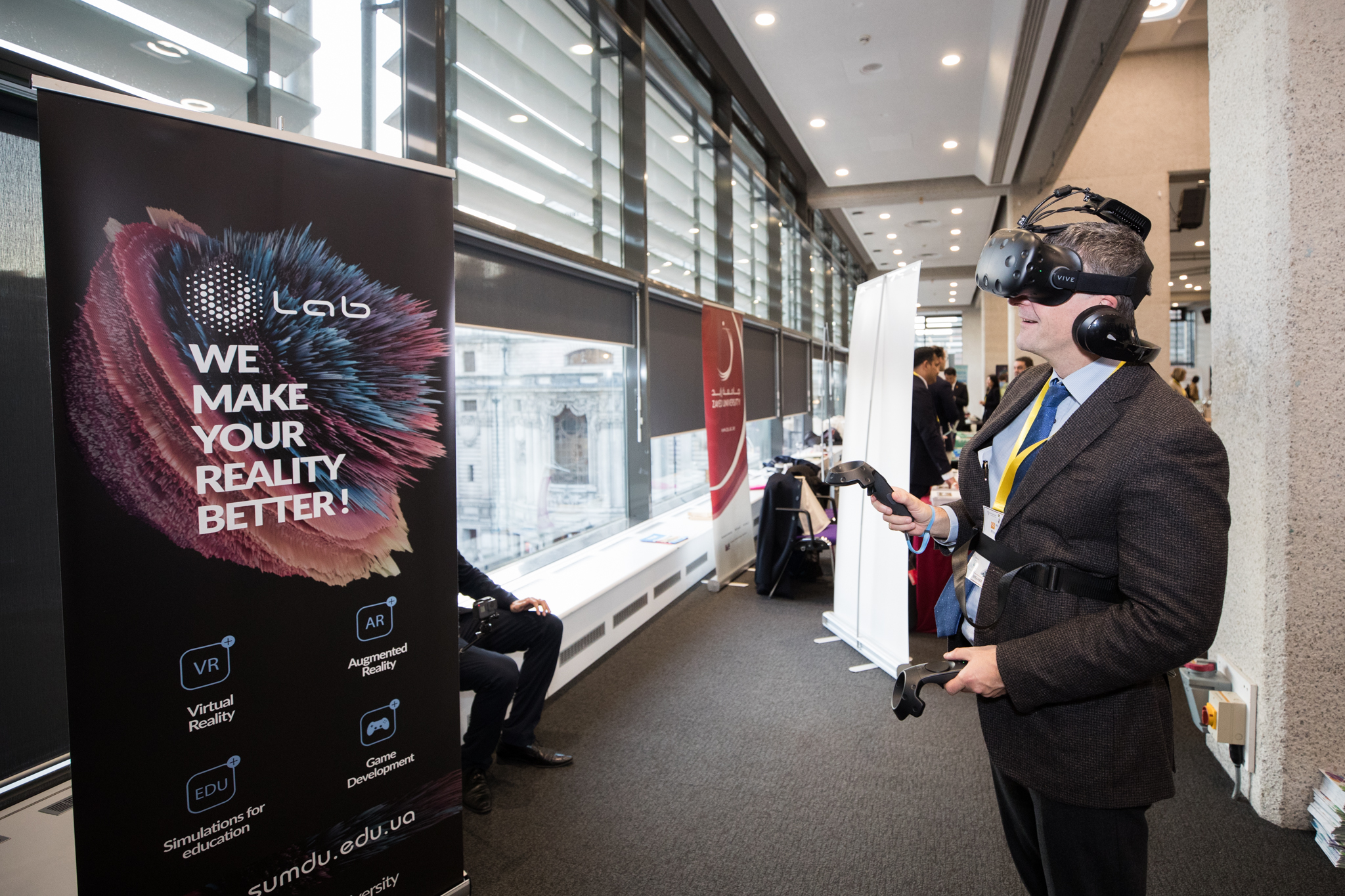 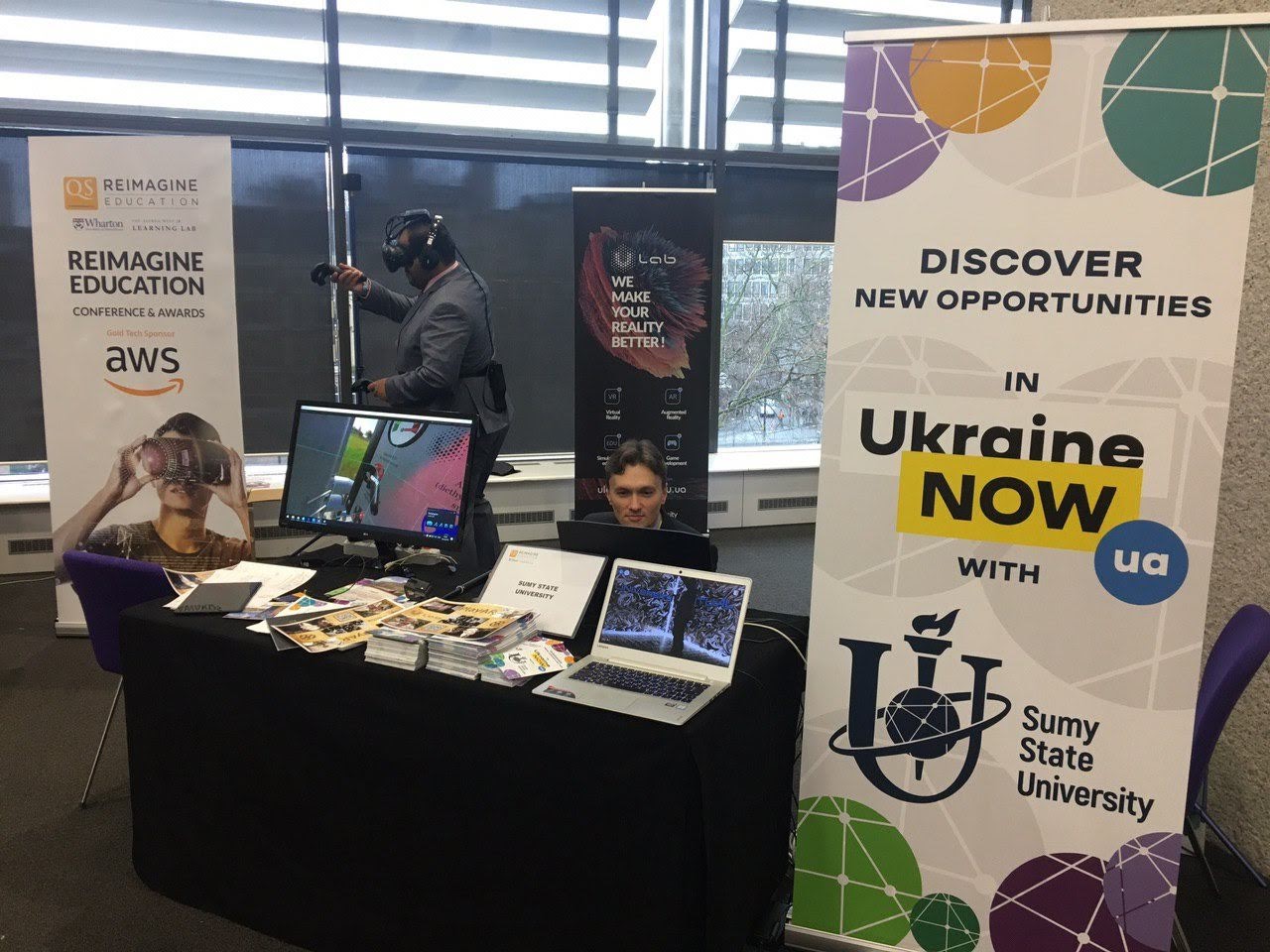 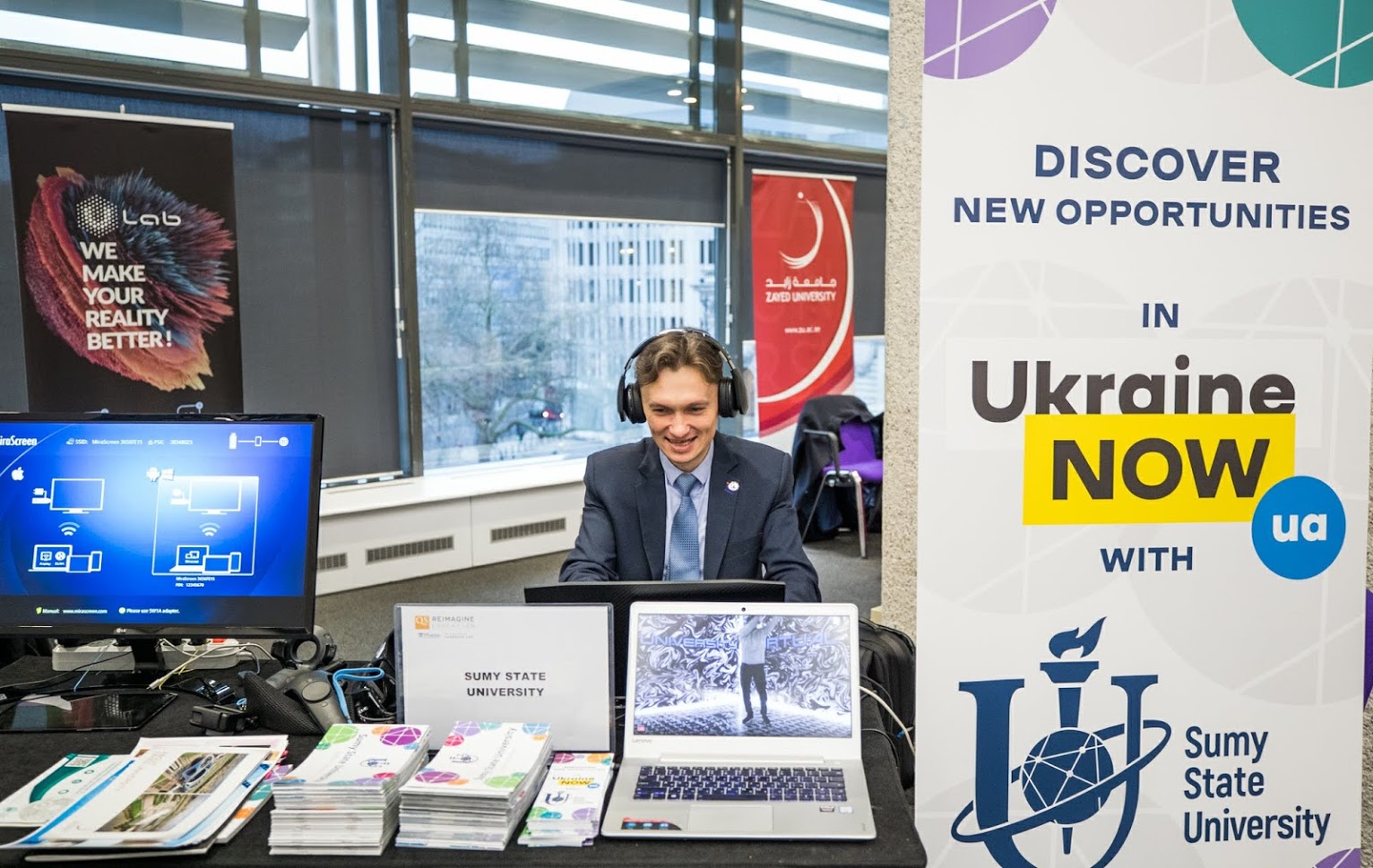